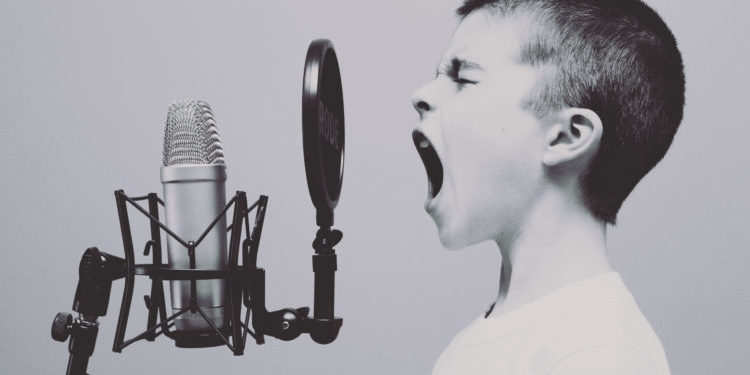 When I was a little kid, being a good girl meant the world to me. I loved being told that I was smart and sweet. I worked hard, brought home the A’s, did my best to please my family and friends. It felt great- until slowly, over time, it didn’t.

One of my first wake up calls was when I dared to call a girl in my third grade class obnoxious during recess and she ratted me out to the teacher. Inexplicably, that same teacher screamed at me in front of our whole class. She told me it would have been O.K. to call my classmate stupid or a dumbbell, but never ever to call someone obnoxious. She probably didn’t know what the word meant, while I had lots of experience both on the receiving and giving ends of its usage, growing up with three siblings.

While years later I was able to see the teacher’s behavior as far more obnoxious than my own, at the time I felt shamed and humiliated. I learned to be much more careful about what I said, sometimes to an unhelpful extreme. I found it difficult to tell the truth if I felt it wouldn’t be well received.

The next splash of cold water in my face was in middle school.  I got a C- or a D+ in a history class. And what made it worse, is that it was one of the worst grades in the class.  What, smart, basically straight A’s me? How in the world was that possible? What happened? Where did I go wrong? Again, I felt so humiliated.

Then in high school, someone I thought was one of my best friends used me like a dishrag and dumped me. I don’t think I told her off. I probably just silently sucked it up because I didn’t want to make waves.

In college I got the shocking news that one of my highschool classmates committed suicide by jumping off a building, after getting a C in one of his courses. I felt a pit in my stomach when I heard this. I knew he came from a high achiever family. I remembered my own first “C” as a kid. Yes, I was shocked by it, but how did this smart, funny, wonderful guy get to such a desperate place where he decided to end it all for getting an average grade?

We all know that’s just the superficial story. Such tragedies happen when our identity becomes too closely defined by external definitions of success and failure. While usually the results aren’t as catastrophic as his, we all recognize the price paid by monitoring what is and isn’t acceptable to others. When we compare how we measure up, too often we learn to hack off parts of ourselves, bit by bit, in order to be liked, until we’re a shadow of our former selves.

And when that happens, not only we suffer, but so does the world. In our guts, we instinctively know the difference between memorable genius and forgettable mediocrity.

Too much of our culture today is copy- paste.  I would rather, in the words of Walt Whitman, “sound my barbaric yawp over the rooftops of the world.” And I would be delighted if you do the same. That’s how we were gifted with the gravely nasal voice of Bob Dylan and the comic genius of Jim Carrey. Neither hid their true selves. Dylan didn’t hesitate to try out totally different musical styles, wavering wildly from what his fans expected. Carrey succeeded in moving from an elastic faced goof, to serious actor, to someone who courageously shared both his anxiety and depression as well as his more recent spiritual awakening.

I was recently lecturing to a group of women with small businesses on the topic of how to present themselves. I told them there were two big mistakes they could make. One was trying to model themselves after someone else in the field while ignoring their own uniqueness. While it makes sense to learn from the best, we do ourselves a disservice if we don’t leverage what sets us apart from the others. No matter how much we may try to imitate our heroes, we won’t be as good as the original, nor are we meant to be. Carrey was meant to be Carrey- not Charlie Chaplin.

Another mistake would be to tamp down the parts of themselves they felt wouldn’t be acceptable or too out there. I told them to be 150% themselves and if they did that, they would be far more likely to attract loyal devoted customers than if they tried to become like someone else or hide their own quirky selves.

When we embrace what stirs us, even what seems farfetched is more likely to come true. Like the guy my brother told me about who makes an awesome living traveling the world talking and teaching about his expertise – worms. I can easily picture him as a little boy raptly watching earthworms after a rainstorm. I have no idea if that’s what got him started in his unique field, but the possibility makes me smile.

Do a quick internet search and you’ll find wonderfully weird ideas that people have turned into businesses, like Throx, that sells socks in threesomes so that when you lose one, you’ll still have your favorite pair. Or you can join “the society for recovering floor mats.”

Yes, I’m a recovering people pleaser. Sometimes I still find it hard to share my truth if I think it’ll get rammed back down my throat. Yet despite that experience with my third grade teacher, I still sometimes call behaviors or dare I say, certain people, obnoxious. Sometimes, I act obnoxiously. And more than ever I risk sounding my yawp.

What unique part of yourself have you kept hidden from the world that you’d love to have the courage to reveal? What have you dreamed of doing but were told it’s not realistic? What have you been told makes you uniquely you?

Wisdom From a Tree
August 6, 2017
Subscribe and get my 5 simple mindset makeover secrets
Check out my posts in:
Go to Top