What’ll it be? Blessing or Curse?

You are here:
Life CoachingRelationshipsSoul Espresso 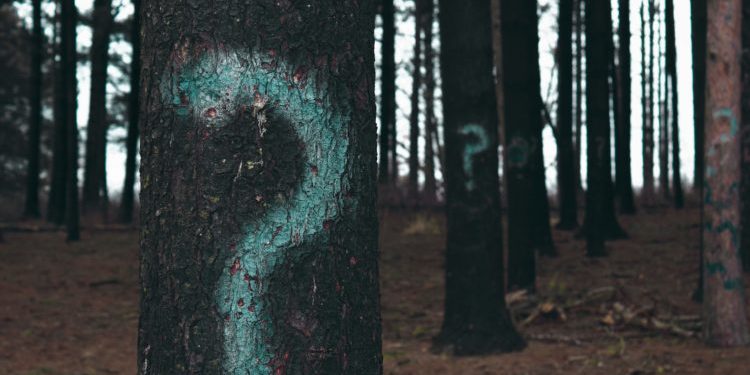 Today the siren went off at 10 a.m. to mark Holocaust Day. Israel is a country of sirens. Sirens mark this day and Memorial Day. And then there are the frequent sirens of ambulances, air raid practices and air raid alerts.

Sirens make most people uncomfortable. When I was 9 I heard a siren pull up to our house. From our living room bay window, I watched the medics carry my grandfather on a stretcher to the ambulance. It was the last time I saw him alive.

Several years ago I was shopping in the market and heard a huge boom. It was during a time of much construction in the area as well as a time of many terror attacks. At first people looked at each other, unsure what the source of that explosion was. Then around 30 seconds later, we knew. We heard the sirens. We knew that something had just been destroyed, not built. Many somethings. 17 people’s lives had just been cut off by a terrorist who had blown himself up on a bus.

The next day I went hiking up North with my husband. It was a warm June day and it rained hard, soaking us. Here in Israel warm June rains are far more rare than terror attacks, unfortunately.

But I digress. I’ve given a lot of thought to sirens and their purpose. They can be a sign of danger, as the ones we’ve heard here when missiles are launched. They let us know when wounded or sick people and are being transported to a hospital. And they can also call us to remember,reflect, and introspect, like the one today.

Today we are remembering six million Jews who were murdered, whose lives were cut short: babies tossed from balconies like rags, suffocated in hiding when they began to cry out. Children who died in gas chambers with their families. Young and old who died of exhaustion from too much hard labor and too little food. So many who were separated, stuffed into cattle cars and died of heat, cold, and from dehydration and hunger.

And next week we’ll hear sirens again, twice, for Memorial Day. Unlike the U.S. where I grew up and remember Memorial Day as a time of shopping sales, picnics, and a day of rest, here we mourn. We grieve those killed in the various wars and attacks throughout the years. We reflect on the lives of young soldiers whose lives were suddenly cut off.

For me those sharp siren blasts have become a wake up call. They remind me of the shofar, the ram’s horn that is blown on Rosh Hashana and Yom Kippur to wake us up, to atone, to call us to return to what is holy and divine in ourselves.

Now whenever I hear a siren, I  want to think about waking up to life, appreciating all that I have, my material gifts, my loved ones, my physical body, my mind’s ability to create and give meaning to things, my luxury of choice.

As Viktor Frankl wrote in Man’s Search for Meaning, so much was taken from survivors’ – their names, homes, clothes, hair, amongst much else. But what couldn’t be taken from them was their ability to choose the meaning they gave things and situations and how they saw themselves despite the numbers tattooed on their arms.

I met two incredible survivors last week. Both radiated joy and vitality, despite their age. The woman shared how her mother and father took care of children in the ghetto and later in Bergen Belsen and how her mother risked her life to seek food for the children who were starving. She went on to become a nurse and care for others.The man spoke of enduring an appendectomy as a child in the camp. Though the surgeon had only a penknife and no anesthetic, the man’s mother told him not to move, nor shout, so that he’d have a chance to survive an operation under those crazy conditions. He stayed silent and he survived. More precisely, he thrived.

While we are a country of sirens, we are also one of the happiest countries in the world, #11 in 2016 to be precise, coming in ahead of the U.S. at #13. Despite the wars and terror attacks, despite being surrounded by neighbors who don’t want us here, we choose joy. It could be so easy to choose fear or anger, and sometimes we do. Sometimes I do.

But I want to remind myself that whether there is a siren there or not, I can choose to wake up just a bit more. I can choose to bit more giving and forgiving, towards myself and others. I can choose the meaning I give things and how to live more meaningfully.

In Deuteronomy we read:  “I call heaven and earth to witness you today: I have put before you life and death, blessing and curse–therefore choose life!”

Are you focused more on what’s good or bad in your life lately? The reality is that blessings and curses depend on our perspective. Witness a line attributed to a Persian poem:

“I cursed the fact that I had no shoes until I saw the man who had no feet.”

To quote the poet Mary Oliver:

“Tell me, what is it you plan to do with your one wild and precious life?”

It could be something as simple as taking one conscious breath a day and feeling gratitude for that.

Anything can be your wake up call. A jarring siren or a subtle breath.

What’ll it be for you?

When is Going Out of Your Mind Good?
May 15, 2017
Subscribe and get my 5 simple mindset makeover secrets
Check out my posts in:
Go to Top